Remember, Remember and Give Thanks

The month of November seems to have flown by so quickly and I can hardly believe that we will soon be celebrating Christmas. As I contemplated the build up to Christmas, I thought about the other festivities we take part in during November and concluded that the most prominent dates in the November calendar were based around remembering and giving thanks.


On November 5th 1605, a group of men decided that action needed to be taken against the Protestant King James I and his intolerance towards those of the Catholic faith. Their plan was to blow up the Houses of Parliament, killing the King and possibly the Prince of Wales along with other members of Parliament. They had placed 36 barrels of gunpowder in the cellars below the Houses of Parliament but were discovered and arrested before they could detonate the barrels. They were tortured and killed – many of them in a most horrific way – and now, every year on November 5th, people in England, celebrate the fact that the plot failed and that the King’s life was spared. Traditionally, bonfires are lit and an effigy of Guy Fawkes, one of the conspirators is burnt on the bonfire. There are firework displays and bonfire toffee and parkin (a sort of ginger-spiced cake) are eaten as part of the festivities. Children would, in years gone by, make the guy themselves and parade him up and down the street asking passersby for “A Penny for the Guy”, if you were impressed with their guy, you would donate a penny.  As a child, I also remembering chanting the Rhyme “Remember remember the 5th of November, gunpowder, treason and plot. I see no reason why gunpowder season should ever be forgot!”  These days, some people do wonder cynically if we celebrate the fact that this group of men failed in their quest to blow up parliament or if we are paying tribute to men who gave it a jolly good try!


Next on the calendar is November 11th, Armistice Day or Remembrance Day. This is a much more sombre day and one which is more for a time of reflection and reverence as we pay tribute to those who fought and lost their lives in conflicts around the world. There are various events which commemorate this day and from early November, people wear a poppy as a sign of remembrance. One of the most moving events which occur around this time is the Festival of Remembrance held annually at The Royal Albert Hall, in the presence of Her Majesty the Queen and other members of the Royal Family, Government Leaders and of course many members of the armed forces and representatives of the organisations that support them. Musical tributes are performed by military bands and other artists, poems and scriptures are read and tributes paid to the many men and women who have fought and died in battle. Previous year’s performances included Alfie Boe singing the very moving song from Les Miserables, Bring Him Home and Katherine Jenkins singing Band of Brothers - Requiem for a Soldier.

This year a choir consisting of military wives sang a song written especially for the event entitled Wherever You Are. The lyrics for the song were taken from letters written between the wives and their husbands who were out serving in Afghanistan. Their performance was incredibly touching and provided a fitting tribute not just to those serving in the forces but also their families waiting for them to return home.

The festival ends with a very moving and touching tribute as hundreds of poppies fall from the ceiling onto members of the armed forces stood below. Each poppy represents a man or woman who has died in conflict and as the poppies fall there is total silence in the hall. No one brushes the poppies away, they lay where they land – it is truly a remarkable sight and incredibly moving and poignant.


They shall not grow not old, as we that are left grow old:
Age shall not weary them, nor the years condemn.
At the going down of the sun and in the morning,
We will remember them


The third date in the calendar is Thanksgiving Day and is usually held on the fourth Thursday in November. Traditionally, this is not a holiday which is celebrated in the UK, but with many friends and family in the USA, my own family have taken part in this celebration in previous years. This holiday commemorates the safe arrival of the Pilgrims to the new world (America) but nowadays is also a time for reflection and to show gratitude for all of the things you have been blessed with in life. The first Thanksgiving feast lasted for 3 days providing enough food for the pilgrims and the Native American Indians that joined the feast with them. Today, sumptuous meals of Roast Turkey and all manner of vegetables are eaten – including my own personal favourite dish of mashed sweet potato with toasted marshmallow topping! However, the food is only part of the celebration and time is spent during the meal with each person present saying what they are thankful for – another chance to reflect, remember and give thanks.


As I thought about these celebrations, I pondered the meaning behind them and their significance in the build up towards Christmas. It was almost as though a voice in my head was telling me “remember, remember and give thanks!” If you take each event in turn, you remember those that acted for religious equality and freedom, those who fought and are still fighting for political freedom and for our country’s safety and then we celebrate what we have to be thankful for – including those who have fought for us. At Christmas, Christians all over the world celebrate the birth of a baby boy, who grew up teaching people to love one another, to serve others and treat people as we would have them treat us. The things he taught were so profound that 2000 years on, people are still worshipping him and celebrating his birth. This man also gave his life for us and in December we remember him and celebrate his life. So, perhaps November is more than just the month before December, it is a preparation for us to remember and give thanks for all that December brings – the remembrance of a new life and the climax of the year, ready for a new one to begin.


I am thankful for all the many blessings I have received throughout my lifetime, a loving and supportive family, good and loyal friends who support me through good times and bad, my health, my knowledge, my faith, my sense of humour, and many other more everyday things such as my love and appreciation of the arts and music, the opportunities I’ve had to travel around the world seeing many amazing and wonderful sights . Although I may not appreciate it at the time, I am also grateful for the trials and times of trouble that have occurred during my life for they have made me the person that I am today and taught me some invaluable lessons along the way. Some of these things were very hard and pushed me to the limits of my capacity, but they have made me a stronger person in the end.  No pain, no gain – and I have gained a lot over the years, for which I am truly thankful.

So, at this time of year, I would encourage you to stop and remember and give thanks for all that you have been given. When you start counting your blessings, you will see, there really is a lot to be thankful for.
at November 24, 2011 No comments: 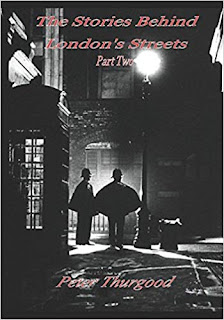